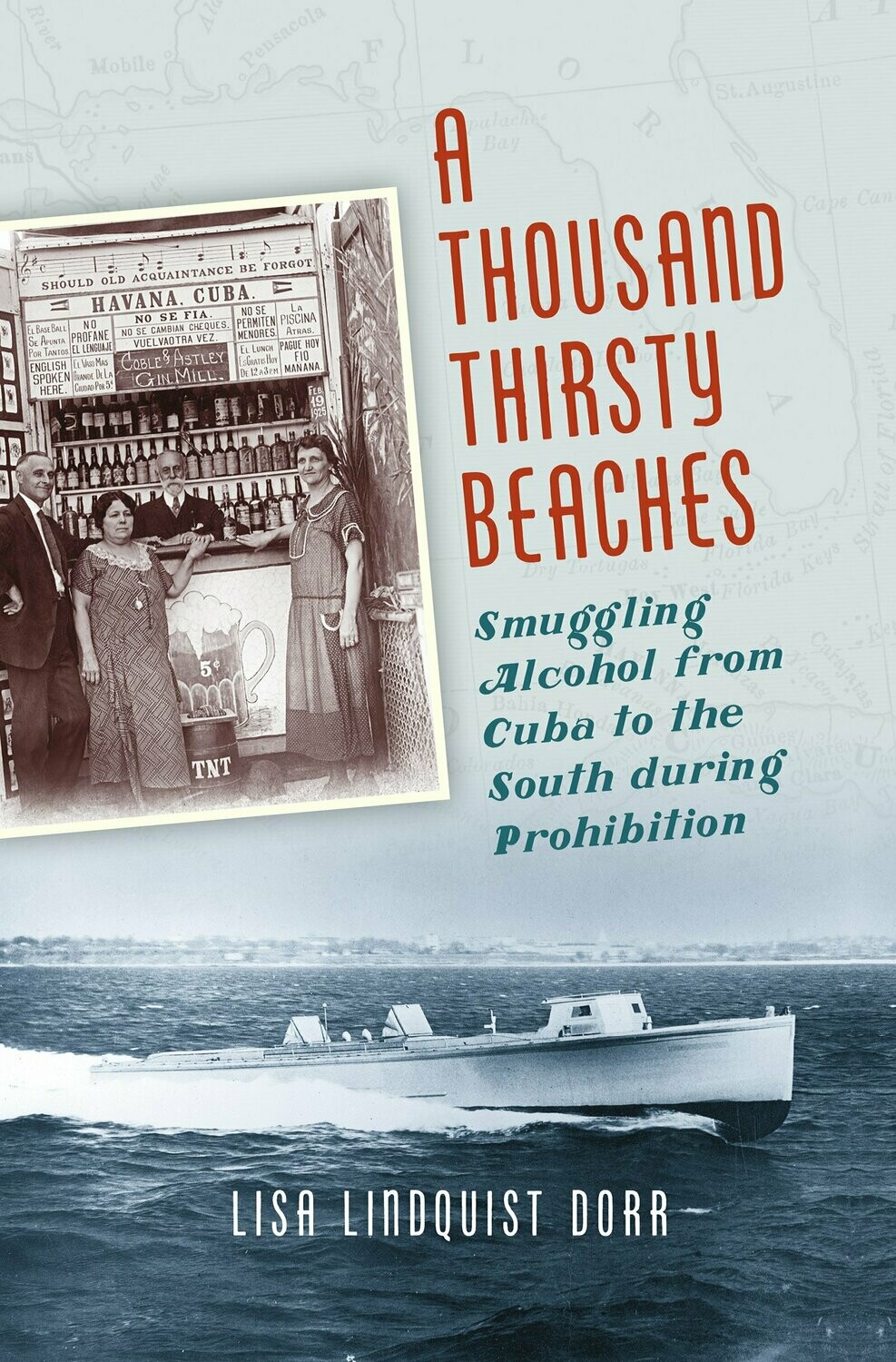 A Thousand Thirsty Beaches: Smuggling Alcohol from Cuba to the South During Prohibition by Lisa Lindquist Dorr

Lisa Lindquist Dorr tells the story of the vast smuggling network that brought high-end distilled spirits and, eventually, other cargoes (including undocumented immigrants) from Great Britain and Europe through Cuba to the United States between 1920 and the end of Prohibition. Because of their proximity to liquor-exporting islands, the numerous beaches along the southern coast presented ideal landing points for smugglers and distribution points for their supply networks. From the warehouses of liquor wholesalers in Havana to the decks of rum runners to transportation networks heading northward, Dorr explores these operations, from the people who ran the trade to the determined efforts of the U.S. Coast Guard and other law enforcement agencies to stop liquor traffic on the high seas, in Cuba, and in southern communities. In the process, she shows the role smuggling played in creating a more transnational, enterprising, and modern South.