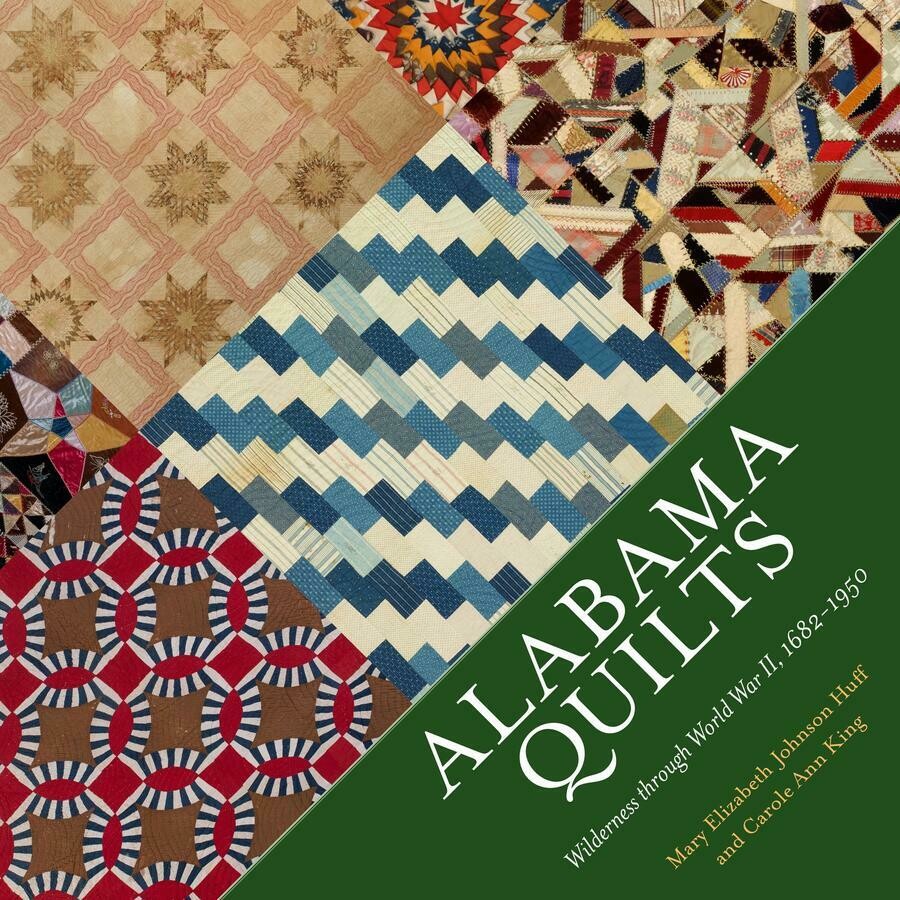 Alabama Quilts: Wilderness through World War II, 1682–1950 is a look at the quilts of the state from before Alabama was part of the Mississippi Territory through the Second World War—a period of 268 years. The quilts are examined for their cultural context—that is, within the community and time in which they were made, the lives of the makers, and the events for which they were made.

Starting as far back as 1682, with a fragment that research indicates could possibly be the oldest quilt in America, the volume covers quilting in Alabama up through 1950. There are seven sections in the book to represent each time period of quilting in Alabama, and each section discusses the particular factors that influenced the appearance of the quilts, such as migration and population patterns, socioeconomic conditions, political climate, lifestyle paradigms, and historic events. Interwoven in this narrative are the stories of individuals associated with certain quilts, as recorded on quilt documentation forms. The book also includes over 265 beautiful photographs of the quilts and their intricate details.

To make this book possible, authors Mary Elizabeth Johnson Huff and Carole Ann King worked with libraries, historic homes, museums, and quilt guilds around the state of Alabama, spending days on formal quilt documentation, while also holding lectures across the state and informal “quilt sharings. ” The efforts of the authors involved so many community people—from historians, preservationists, librarians, textile historians, local historians, museum curators, and genealogists to quilt guild members, quilt shop owners, and quilt owners—making Alabama Quilts not only a celebration of the quilting culture within the state but also the many enthusiasts who have played a role in creating and sustaining this important art.