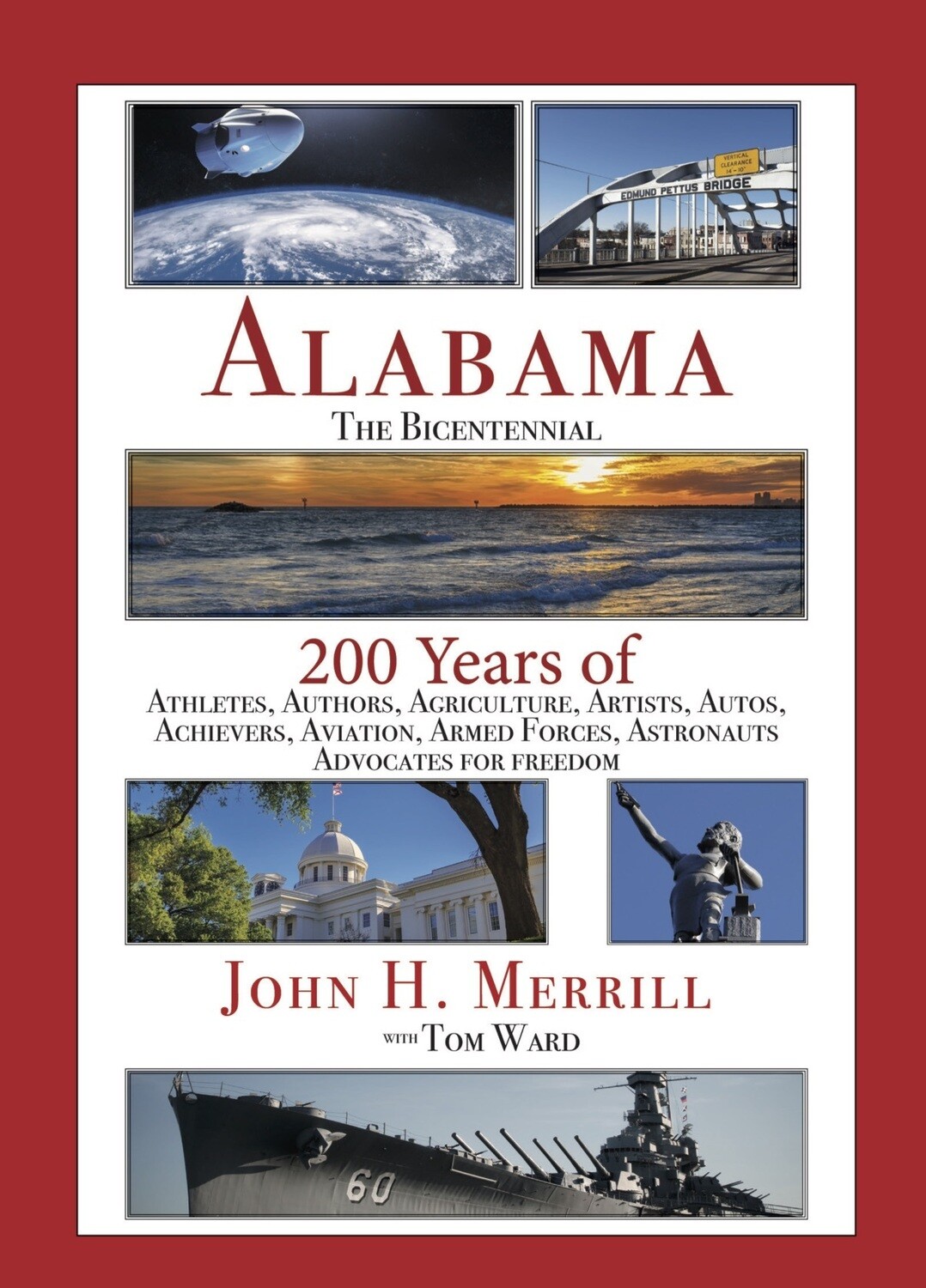 Alabama: The Bicentennial by John H. Merrill with Tom Ward

Alabama: The Bicentennial has already become more of an event than a book. Over 400 profiles weave a story that will entertain and capture the imaginations of people of all ages, interests, and backgrounds. The seemingly endless stories - hidden gems of global impact and transformed lives - deliver the type of book that the State of Alabama and its people truly deserve.

WHO invented the windshield wiper?

WHO performed the first heart surgery in America?

Which small Alabama town once had the busiest airport in America?

WHO was the nun who founded a global television network?

Each book purchase helps open the minds of Alabama’s children. 75 percent of the book’s proceeds will support the Friends of the Alabama Archives. Book proceeds will fund field trips for underprivileged fourth graders relating to Alabama’s history, opening minds and fueling aspirations inspired by Alabamians of yesterday and today.
Save this product for later
Display prices in: USD