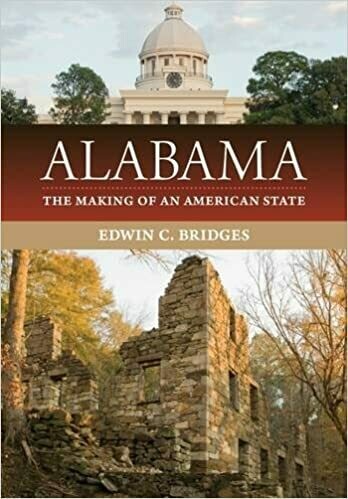 Book is available in french flap or hardcover with book jacket

Alabama: The Making of an American State is itself a watershed event in the long and storied history of the state of Alabama. Here, presented for the first time ever in a single, magnificently illustrated volume, Edwin C. Bridges conveys the magisterial sweep of Alabama’s rich, difficult, and remarkable history with verve, eloquence, and an unblinking eye.

From Alabama’s earliest fossil records to its settlement by Native Americans and later by European settlers and African slaves, from its territorial birth pangs and statehood through the upheavals of the Civil War and the civil rights movement, Bridges makes evident in clear, direct storytelling the unique social, political, economic, and cultural forces that have indelibly shaped this historically rich and unique American region.

Illustrated lavishly with maps, archival photographs, and archaeological artifacts, as well as art works, portraiture, and specimens of Alabama craftsmanship—many never before published—Alabama: The Making of an American State makes evident as rarely seen before Alabama’s most significant struggles, conflicts, achievements, and developments.

Drawn from decades of research and the deep archival holdings of the Alabama Department of Archives and History, this volume will be the definitive resource for decades to come for anyone seeking a broad understanding of Alabama’s evolving legacy.