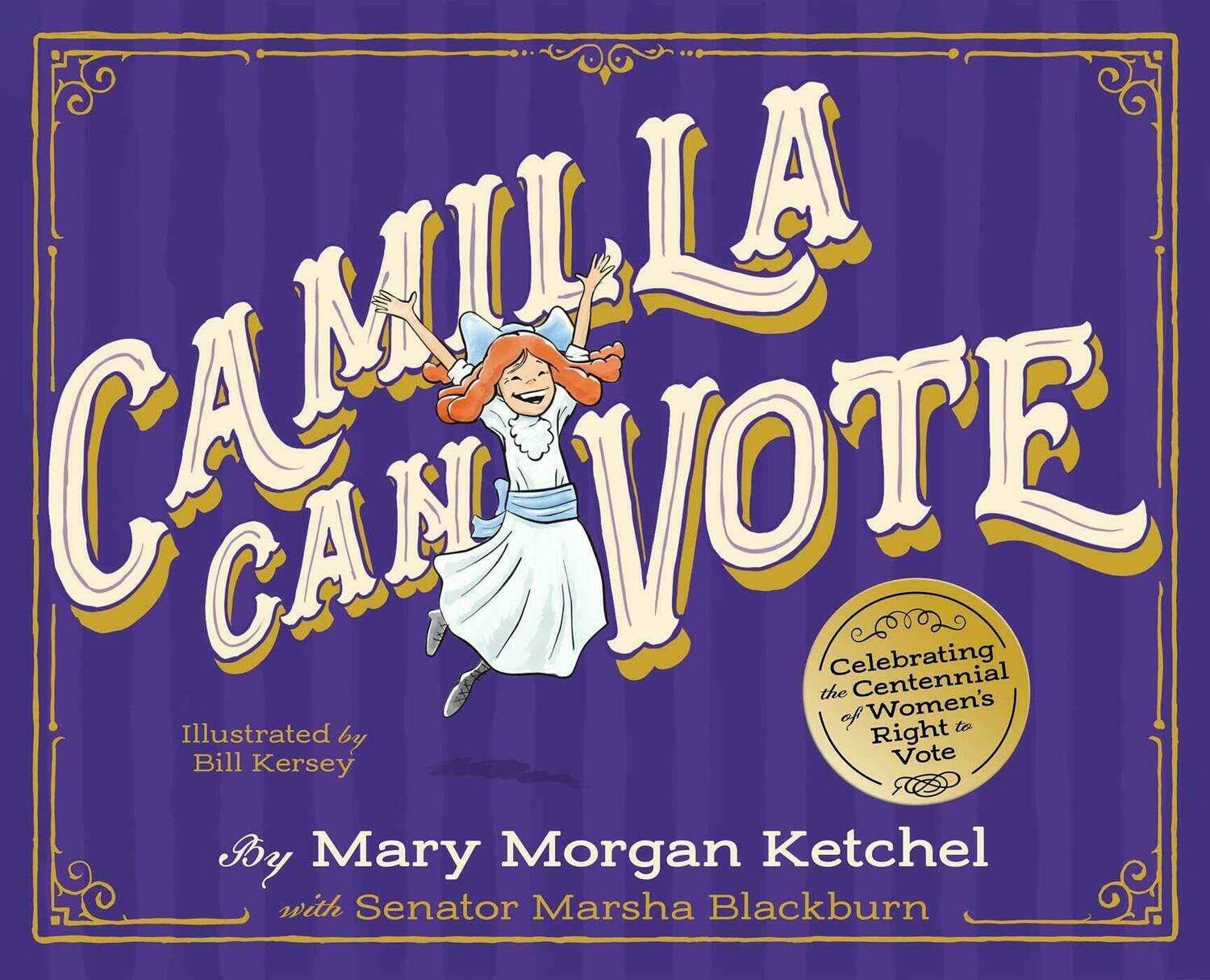 The first woman elected as U.S. Senator from her state pens a lovely children’s book with her daughter about the Suffrage movement to celebrate the centennial of the ratification of the 19th Amendment.

Camilla’s class trip to the history museum proved to be both instructive and enlightening when Camilla is transported back to August 18, 1920. That’s when women achieved the right to vote with the “Yes” vote from Harry T. Burn, a young legislature from East Tennessee whose mother encouraged him to do the right thing by breaking the 48-48 tie in the Tennessee House of Representatives. Until that day, women did not have the same rights as men.

Harry T. Burn’s mother wrote, “Hurrah, and vote for suffrage! Don’t keep them in doubt. I notice some of the speeches against. They were bitter. I have been watching to see how you stood, but have not noticed anything yet.” She ended her letter with a rousing endorsement of the great suffragist leader Carrie Chapman Catt, asking her son to “…be a good boy and help Mrs. Catt put the ‘rat’ in ratification.”

Join Camilla as she learns the exciting (and controversial!) history of women gaining the right to vote with the ratification of the 19th Amendment to the U.S. Constitution.