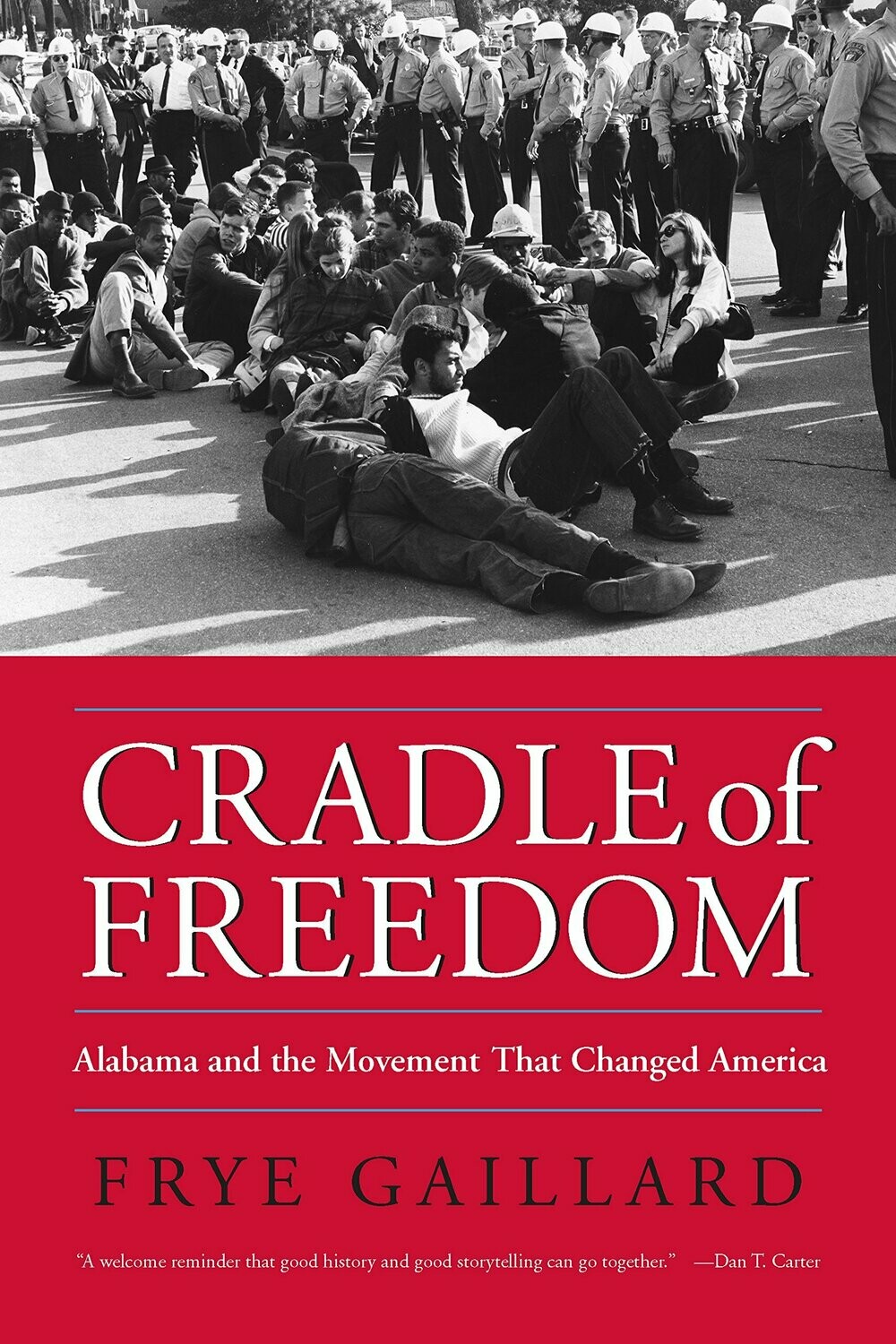 Cradle of Freedom: Alabama and the Movement That Changed America by Frye Gaillard

Cradle of Freedom puts a human face on the story of the black American struggle for equality in Alabama during the 1960s. While exceptional leaders such as Martin Luther King Jr., Rosa Parks, Fred Shuttlesworth, Ralph Abernathy, John Lewis, and others rose up from the ranks and carved their places in history, the burden of the movement was not carried by them alone. It was fueled by the commitment and hard work of thousands of everyday people who decided that the time had come to take a stand.

Cradle of Freedom is tied to the chronology of pivotal events occurring in Alabama the Montgomery bus boycott, the Freedom Rides, the Letter from the Birmingham Jail, the bombing of the 16th Street Baptist Church, Bloody Sunday, and the Black Power movement in the Black Belt. Gaillard artfully interweaves fresh stories of ordinary people with the familiar ones of the civil rights icons. We learn about the ministers and lawyers, both black and white, who aided the movement in distinct ways at key points. We meet Vernon Johns, King's predecessor at the Dexter Avenue Baptist Church in Montgomery, who first suggested boycotting the buses and who wrote later, "It is a heart strangely un-Christian that cannot thrill with joy when the least of men begin to pull in the direction of the stars." We hear from John Hulett who tells how terror of lynching forced him down into ditches whenever headlights appeared on a night road. We see the Edmund Pettus Bridge beatings from the perspective of marcher JoAnne Bland, who was only a child at the time. We learn of E. D. Nixon, a Pullman porter who helped organize the bus boycott and who later choked with emotion when, for the first time in his life, a white man extended his hand in greeting to him on a public street.

How these ordinary people rose to the challenges of an unfair system with a will and determination that changed their times forever is a fascinating and extraordinary story that Gaillard tells with his hallmark talent. Cradle of Freedom unfolds with the dramatic flow of a novel, yet it is based on meticulous research. With authority and grace, Gaillard explains how the southern state deemed the Cradle of the Confederacy became with great struggle, some loss, and much hope the Cradle of Freedom.