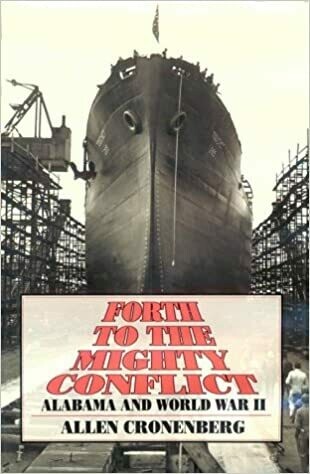 Forth to the Mighty Conflict: Alabama and World War II by Allen Cronenberg

Alabama and its people played a conspicuous role in World War II. Not only were thousands of servicemen trained at military facilities in the state—at Fort McClellan, Camp Rucker, Camp Sibert, Maxwell Air Field, and Tuskegee Army Air Field—but Axis prisoners of war were interned in camps on Alabama soil, most notably at Aliceville and Opelika. More than 45,000 Alabama citizens were killed in combat or died as POWs, some came home injured, and many labored in war factories at home.