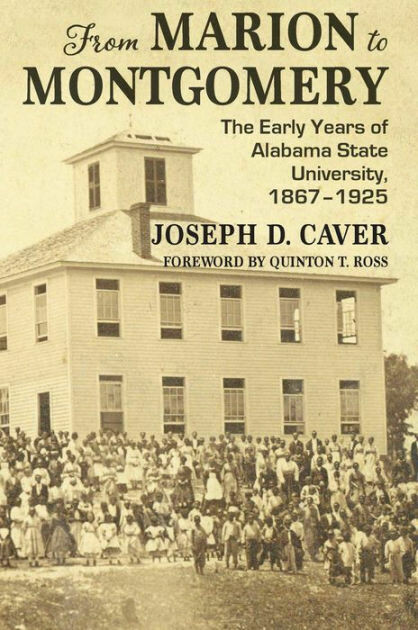 From Marion to Montgomery: The Early Years of Alabama State University, 1867-1925 by Joseph D. Caver

One of the earliest public historically black universities, Alabama State University is a vital source of African American excellence situated directly in the Heart of Dixie. From Marion to Montgomery tells the little-known story of the university’s origin as the Reconstruction-era Lincoln Normal School in Marion, Alabama. How did a little school in Lowndes County become one of the world’s most renowned HBCUs?

Alabama State University is well known as a historically black university and for the involvement of its faculty and students in the civil rights movement. Less attention has been paid to the school's remarkable origins, having begun as the Lincoln Normal School in Marion, Alabama, founded by nine former slaves. These men are rightly considered the progenitors of Alabama State University, as they had the drive and perseverance to face the challenges posed by a racial and political culture bent on preventing the establishment of black schools and universities. It is thanks to the actions of the Marion Nine that Alabama's rural Black Belt produces a disproportionate number of African American Ph.D. recipients, a testament to the vision of the Lincoln Normal School's founders. From Marion to Montgomery is the story of the Lincoln Normal School's transformation into the legendary Alabama State University, including the school's move to Montgomery in 1887 and evolution from Normal School to junior college to full-fledged four-year university. It's a story of visionary leadership, endless tenacity, and a true belief in the value of education.