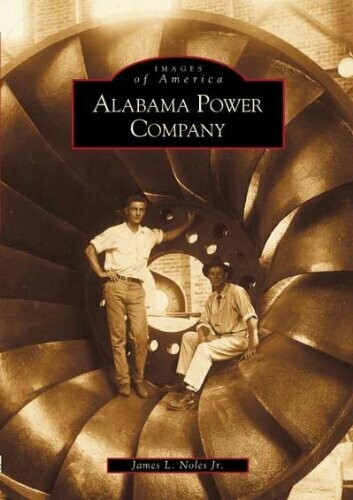 The rise of Alabama's largest utility company is a story that mirrors the growth of the state in the twentieth century, and it is told within these pages through vintage photographs from the company's corporate archives. Glimpses of the past reveal how the company flourished after its December 4, 1906 creation and how it changed and enhanced the lives of residents in all areas of the state.

While William Patrick Lay is credited with the founding of the Alabama Power Company, the subsequent leadership of James Mitchell and Thomas Martin brought unprecedented growth and provided a critical catalyst for the state's entry into the "New South." Although slowed by the Great Depression and the demands of World War II, expansion continued in the company's post-war years with new leadership and further construction, including hydropower projects on the Warrior River and the building of massive coal-fired plants. Early photographs illuminate the company's pioneers and leaders; the erection of dams on the Coosa and Tallapoosa Rivers between 1912 and 1930; the construction of early coal-fired steam plants, including the Gadsden Steam Plant in 1913; and the arduous laying of miles of transmission lines. Physical infrastructure is only part of the story, however; other photographs capture the human face of the company--the workers, their families, and their unyielding efforts to electrify Alabama in the name of progress.