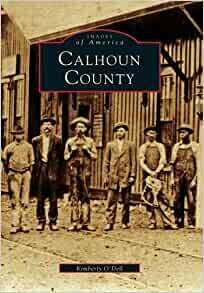 Discover Calhoun County's diverse and unique history through historic images collected and compiled through the decades.

Chief Ladiga and his Creek tribe first settled in the northeastern half of the county. By the early 1800s, settlers from Georgia, Tennessee, and South Carolina came to this scenic mountainous area to farm in the county's rich valleys. After the Treaty of Cusseta removed the Creeks west of the Mississippi in 1832, more settlers began arriving. In 1833, Benton County was incorporated into the state of Alabama and Jacksonville was made the county seat. Oxford, or "Lick-Skillet," was a frontier town at the time, and Piedmont, or "Cross Plains," was an intersection for the two stagecoach routes. By the time of the Civil War, the county would change its name to Calhoun County in honor of South Carolina statesman John C. Calhoun. In 1872, two northern industrialists, Samuel Noble and Gen. Daniel Tyler, created their "model city" in Anniston, which began a period of great growth in the county.