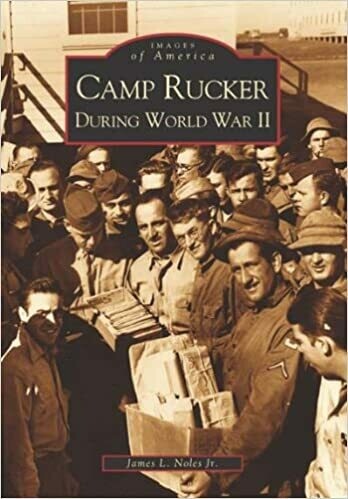 The story of Camp Rucker, Alabama, during the Second World War illustrates the colossal effort of a quiet nation to shake off its peaceful slumber and mobilize for total war. Camp Rucker's role in that mighty endeavor is told in these pages through vintage photographs from Fort Rucker's Army Aviation Museum. Select passages from the War Department's 1944 pamphlet Army Life complement these images to give a unique glimpse at the life of a U.S. Army training camp during World War II and the men and women who trained there. Today, Camp Rucker is known as Fort Rucker and is home to the United States Army Aviation Center. In 1941, however, it was simply a vast acreage of pine trees, scrub oak, and sub-marginal farmland. But following the Japanese attack on Pearl Harbor, the War Department decided to carve out a training camp in this southeastern corner of Alabama. By the spring of 1942, the first freshly mobilized units had entered its gates. In the following three years, Camp Rucker trained thousands of Army soldiers, WACs, and nurses. Many of these young Americans were destined for the battlefields of the Pacific and Europe.