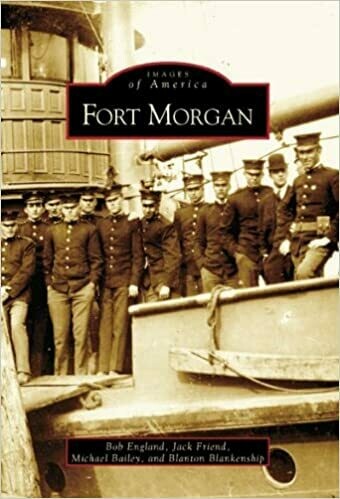 Fort Morgan has stood sentry on the Gulf of Mexico for almost 200 years. This pictorial history illustrates the people and events that have shaped its history.

Following the War of 1812, the United States embarked upon a major building program to improve the nation's seacoast defenses. A project was begun on Mobile Bay that would take almost twelve years to complete, plagued by harsh conditions, a lack of resources, and financial burdens. The end result, completed and opened in March of 1834, was Fort Morgan. Fort Morgan has played many key roles in the nation's military. During the Civil War, Fort Morgan provided covering fire for blockade runners entering and leaving Mobile Bay. The fort fell into disrepair after the Civil War as military planners thought it had outlived its usefulness. Between 1895 and 1904, five modern reinforced concrete batteries rose from the sands. At the peak of operations between 1910 and 1918, more than one hundred structures dotted the Mobile Bay landscape. This unique pictorial retrospective explores the growth and change at Fort Morgan, allowing the reader a chance to step back in time to the days when our nation's military fortifications provided a sense of security and protection to every citizen. Included are images culled from the Fort Morgan Museum, the National Archives and Records, and private collections. These vintage photographs depict every aspect of the fort's history, from the damage caused by the Union siege guns to the days following World War II when the fort was temporarily turned into a resort, and from the Confederates who worked to strengthen Mobile's lower defense line to the devastation of the hurricanes in 1906 and 1916.