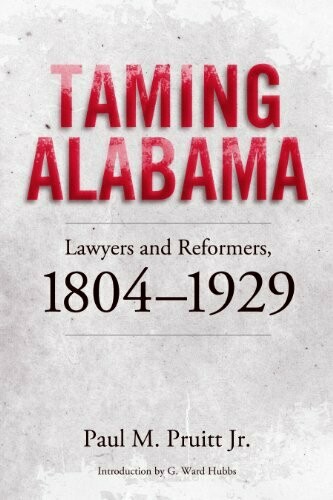 Taming Alabama focuses on persons and groups who sought to bring about reforms in the political, legal, and social worlds of Alabama. Most of the subjects of these essays accepted the fundamental values of nineteenth and early twentieth century white southern society; and all believed, or came to believe, in the transforming power of law. As a starting point in creating the groundwork of genuine civility and progress in the state, these reformers insisted on equal treatment and due process in elections, allocation of resources, and legal proceedings.

To an educator like Julia Tutwiler or a clergyman like James F. Smith, due process was a question of simple fairness or Christian principle. To lawyers like Benjamin F. Porter, Thomas Goode Jones, or Henry D. Clayton, devotion to due process was part of the true religion of the common law. To a former Populist radical like Joseph C. Manning, due process and a free ballot were requisites for the transformation of society.

"And so with the sunshine and the great bursts of leaves growing on the trees, just as things grow in fast movies, I had that familiar conviction that life was beginning over again with the summer." - F. Scott Fitzgerald