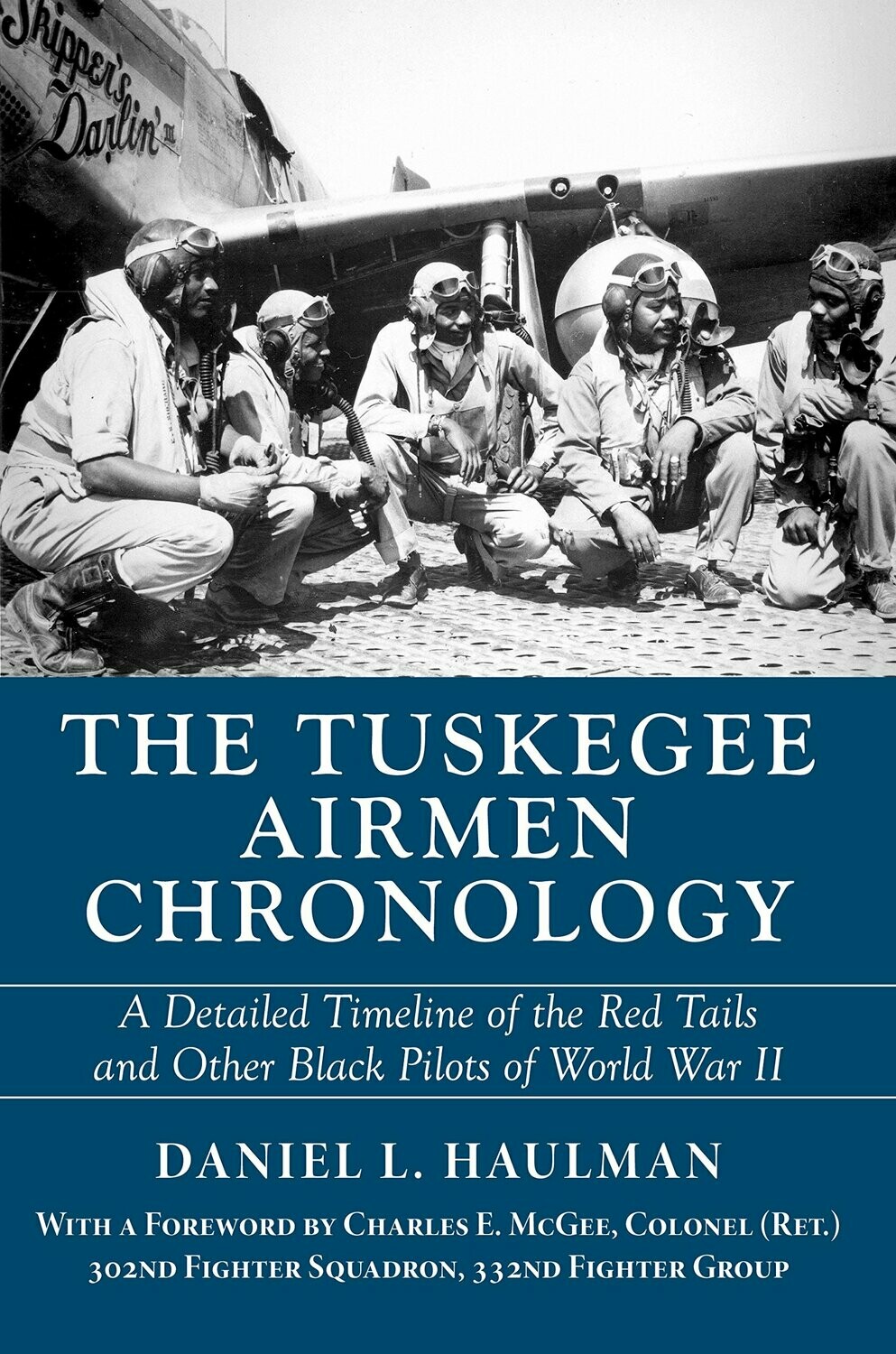 The story of the Tuskegee Airmen, the first African American pilots in American military service, is a complex tapestry with many story threads, such as the training story, the 99th Fighter Squadron story, the 332d Fighter Group Red Tail story, and the 477th Bombardment Group story. One story did not end when another began. The stories unfolded simultaneously. For example, while some Tuskegee Airmen were learning to fly at Tuskegee, others were flying combat missions overseas, while still others were being arrested for resisting segregation at another base. This Tuskegee Airmen Chronology links the stories together, filling a crucial historiographical niche. All the important events in Tuskegee Airmen history are included, such as the graduation of each flying class at Tuskegee Army Air Field, the activation and movement of each Tuskegee Airmen flying unit, the movement to and from each base, the award of each of the 96 Tuskegee Airmen Distinguished Flying Crosses, the achievement of each of the 112 Tuskegee Airmen aerial victories over enemy aircraft, a brief summary of every one of the 312 missions the Tuskegee Airmen flew for the Fifteenth Air Force, all the important Tuskegee Airmen leaders, and when each assumed command of his flying unit, the transition to each new aircraft type, and each Tuskegee Airmen who was shot down, disappeared, was captured, or returned. Readers should find it a unique and valuable tool for understanding and appreciating the varieties of Tuskegee Airmen experience as they distinguished themselves in the air and on the ground and forged new frontiers for equal opportunity.