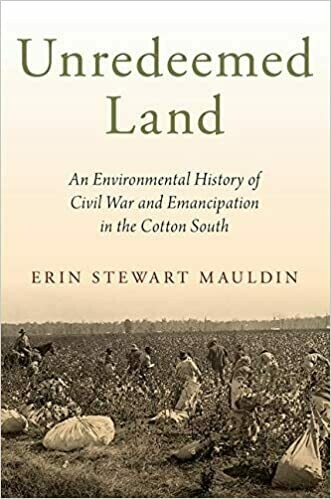 An innovative reconsideration of the Civil War's profound impact on southern history, Unredeemed Land traces the environmental constraints that shaped the rural South's transition to capitalism during the late nineteenth century. Dixie's "King Cotton" required extensive land use techniques across large swaths of acreage, fresh soil, and slave-based agriculture in order to remain profitable. But wartime destruction and the rise of the contract labor system closed off those possibilities and necessitated increasingly intensive methods of cultivation that worked against the environment. The resulting disconnect between farmers' use of the land and what the natural environment could support intensified the economic dislocation of freed people, poor farmers, and sharecroppers. Erin Stewart Mauldin demonstrates how the Civil War and emancipation accelerated ongoing ecological change in ways that hastened the postbellum collapse of the region's subsistence economy, encouraged the expansion of cotton production, and ultimately kept cotton farmers trapped in a cycle of debt and tenancy.

"And so with the sunshine and the great bursts of leaves growing on the trees, just as things grow in fast movies, I had that familiar conviction that life was beginning over again with the summer." - F. Scott Fitzgerald