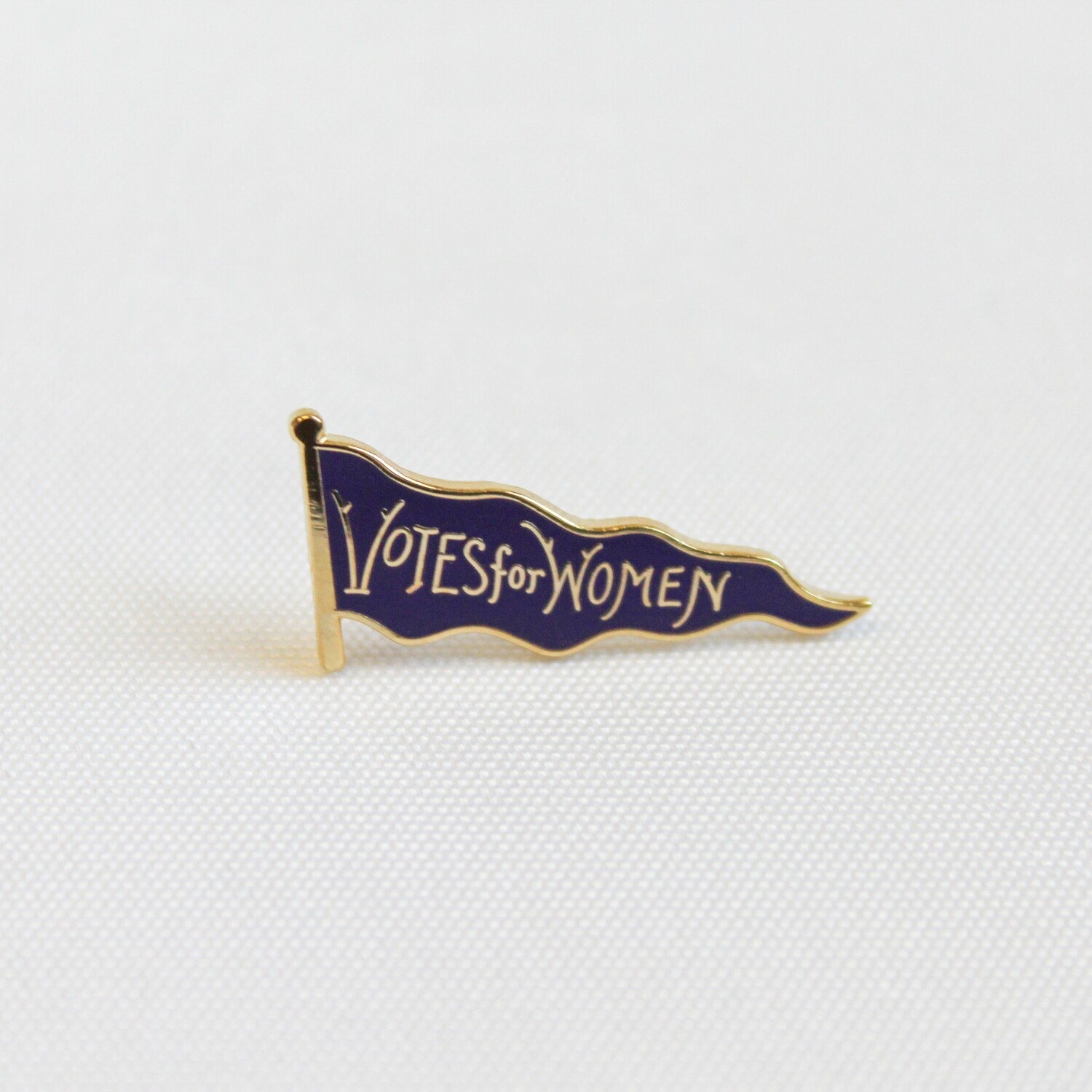 A modern replica in support of the women's suffrage, the phrase "Votes for Women" was one of the most recognizable slogans used by members of the woman’s suffrage movement. This enamel pin is in the traditional purple of the British suffrage movement which, similar to the movement in the United States, also reached its apex in the early part of the twentieth century. It is the perfect size for a lapel pin during the centennial!

Designed in the Berkshires of Western Massachusetts.